Rapping from CYNE to Akin Yai 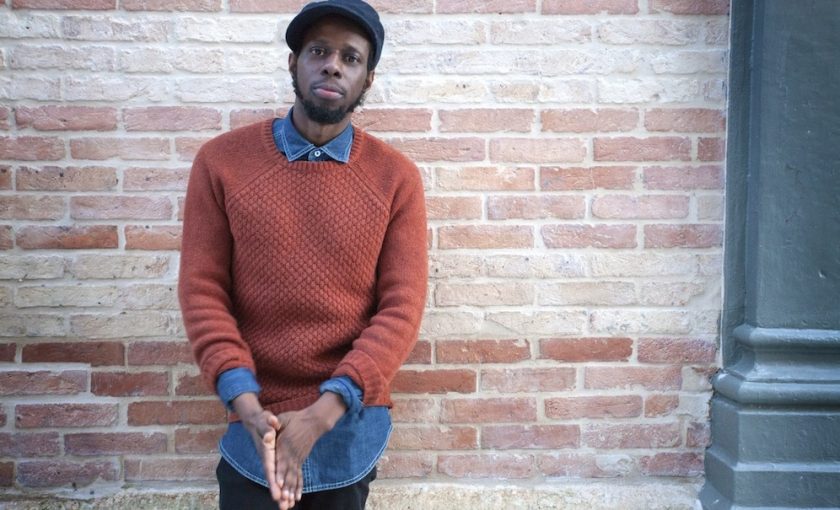 Akin comes from many places. Before settling in in Paris, the rapper lived in Benin, Nigeria, and America. It’s over there, in Gainesville, Florida, that Akin met CYNE members, producers Speck, Enoch and MC Cise Star.

But before this was all obvious, Akin had decided to leave the US once more to come to Paris go to my site. While studying at la Sorbonne, Akin had left his musical productions with Cise Star on the other side of the Atlantic. Destiny chose differently, calling him back to the US: one day, Akin received a call from CYNE’s future producers Speck and Enoch, interested in forming a crew with him and Cise Star. “Should I go back or not?” he kept asking himself. He gave everything up and went for it. CYNE was formed.

Music has always been present in Akin’s life. “I was always beating and drumming on stuff”, he recalls. Living Florida as a teenager, Akin discovered America’s pop culture with Bobby Brown, Whitney Houston, or Public Enemy… “I’m an 80’s baby”, confirms the rapper who also says there used to be more diversity then. And so many influences from major bands worldwide: Krafwerk of Germany, De La Soul or NWA in the US.

It’s after he discovered the song from Naas, If I rule the world, that Akin decided he wanted to rap. He started writing “like crazy”. His parents even got worried from all those scribbles. Back then, his lyrics looked something like: “I think I’m cool, I’m swimming in a pool”. But his father didn’t understand – or approve? – and instead of offering his son the eagerly awaited drums, he bought him a violin.

But Akin kept rapping. What matters most in rap is honesty, says Akin: “You have to have a good sense of self, stay true to your self. Hip hop is a language, used to communicate ideas”, observes Akin who sees the musical genre as a vector of thoughts. Hip-hop has always offered a universal approach. It’s the meaning of CYNE, Cultivating Your New Experience. CYNE thus promotes a ubiquitous culture, the one of rap and hip-hop. Just like a sign: wherever you are in the world, you are aware of what a sign indicates. You might not want to follow it, but you understand it.

Akin going solo is an extension of CYNE. It’s his way of focusing on his own experience, having different roots and a bicultural story from Africa and America. The rapper says he needed to dig more in to that part of his identity. Ironically, Akin recalls: “I started to see signs. At the moment when I was like “should I leave”?

Then, CYNE came to Paris to tour. Akin decided to stay on a whim. He was sharing an apartment in LA at the time, but never went back. “In my head, I always knew that I was going be living here at some point”. Today, speaking of his break-up wit CYNE, the rapper puts it simply: “Oceans got involved”.

His solo albums are more progressive hip-hop now. Akin keeps his roots with CYNE and experiments from it. For his album Nomadic, the rapper had a specific idea of what to do. He turned to his own life and spoke about his African and American origins. It’s a self-portrait, “like a manifesto”, he says.

“I always make music from what I am directly influenced by”. Every album has a musical mentor. At the time of Nomadic, it’s British musician Brian Eno. For We are Leaders not Saint, Akin refers to Joy Divison. Not to forget that the city he lives in influences his musical genre. We can thus thank Paris and its never-ending artsy inspirations for We Are Leaders not Saints, released this Tuesday on EWA records.